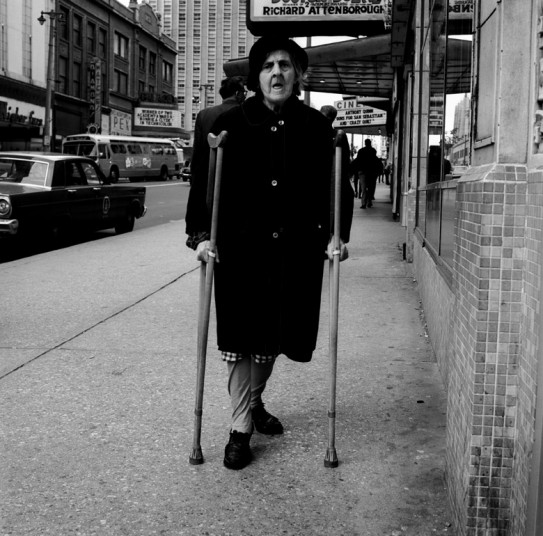 A fascinating story behind an unknown (till now) but very skilled US street photographer Vivian Maier (1926 – 2009) and her tens of thousands of great images – many unseen even by her as undeveloped rolls of film till now. These are now being brought to life by John Maloof here and Jeff Goldstein and collaborators at. The New York Times has a good overview article and further examples of her work. Follow the links for more images on this fascinating and unfolding story. 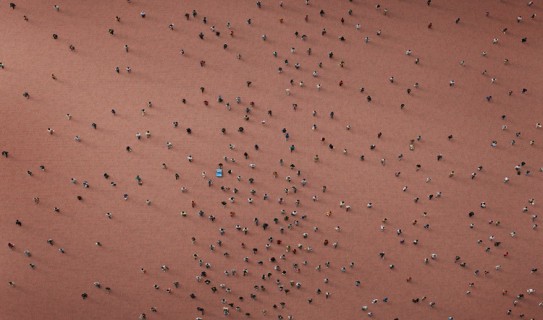 Award winning photographer ADAM MAGYAR shows his fascination with urban life in this first solo exhibition in Hong Kong “Beyond Perspective”. His photographs are both surreal and documentary and are best illustrated by ‘Urban Flow’ and ‘Squares’ series he took in Hong Kong where he intentionally distorts perspective to freeze time and motion in an abstract transformation of reality.

‘Stainless’ series contains photos taken by the artist in subway, depicting passengers on a moving train. These works are made possible through a highly sophisticated camera and computer programme invented by the artist himself.

“It is an ever-present human desire to go further and leave some trace behind in the fraction of the time we are given,” says Magyar. “My drive is not different. I aim to grasp the devices at hand, push towards new frontiers by converting already existing technologies for photography in the hope of coming up with something new, a new device, a new language, a new frontier.”

Hungarian Adam Magyar is a winner of America’s International Photography Awards (IPA) in 2009 and receiver of Grand Prize at the Hungarian Press Photo Awards in 2004. A photo from his ‘Stainless’ series was auctioned at the Frieze Art Fair last year to raise money for The Prince’s Trust. He was commissioned for projects involving the new Birmingham Library and Stratford Tube Station in UK. His images appear frequently in many photo magazines including Photo Magazine and British Journal of Photography. His works are collected by the Hong Kong Heritage Museum and private collectors in Asia and Europe. He currently lives and works in Germany.

Online gallery of works in the exhibition.